Binge into Summer Viewing with 9Now

The summer schedule features the first release of video-on-demand content in Nine’s new programming deal with NBCUniversal, which makes 9Now an even more appealing entertainment destination.

9Now has launched into summer with a sizzling lineup of new and exclusive U.S. dramas, an extensive offering of red-hot reality series and a collection of retro TV favorites, all available now to binge on and stream for free.

9Now has The Enemy Within, the new psychological thriller starring Jennifer Carpenter (Dexter) as Erica Shepherd, a brilliant former CIA operative now known as one of the most notorious traitors in American history. Against every fibre of his being but with nowhere else to turn, FBI agent Will Keaton (Morris Chestnut) enlists Shepherd to help him track down a dangerous and elusive criminal she knows all too well.

The new drama Pearson is the spinoff of the long-running global hit, Suits. Jessica Pearson, a disbarred powerhouse attorney, leaves her New York City law firm for the down-and-dirty politics of Chicago, looking to atone for her past and reconnect with her estranged family. As the mayor’s new fixer, she faces off against Chicago’s dirtiest and most dangerous adversaries while striving to clean up the city’s mess.

Alongside Pearson and The Enemy Within is The Arrangement, a sexy new drama starring Christine Evangelista as the beautiful young actress Megan Morrison, who auditions for a big-time role opposite blockbuster movie star Kyle West (Josh Henderson). Instead she receives an unusual contract connected to West that will change her life forever. In a town where fame means everything, Megan must decide how far she’s willing to go to launch her career and whether or not she will accept “The Arrangement”.

9Now’s expanding, unscripted reality library now includes binge-able seasons of the very best of The Real Housewives, including Beverly Hills, New Jersey, Orange Country and Dallas. As well as complete seasons of Keeping Up with the Kardashians, Revenge Body with Khloe Kardashian and Vanderpump Rules.

In the new year 9Now will fast-track the latest season of Great Britain’s hottest show, Love Island UK. Join Caroline Flack as she welcomes another batch of sexy islanders to a new villa. This series will be available exclusively for Australian audiences on 9Now.

Also coming to 9Now this summer is the highly anticipated American comedy, Duncanville, from Emmy and Golden Globe Award-winning producer, actress and director Amy Poehler and producers Mike and Julie Scully (The Simpsons). Plus the comedy-drama series Resident Alien, staring Alan Tudyk as an alien who crash-lands on Earth and assumes the identity of a small-town doctor while he waits for rescue. 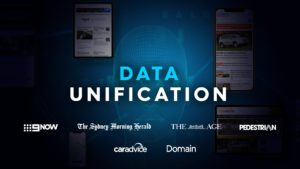 Nine has announced the unification of data assets across its whole enterprise including 9Now, The Sydney Morning Herald, The 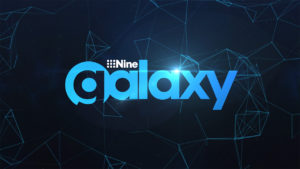 The 101 of 9Galaxy explained

9Galaxy is Nine’s platform for simplifying television buying across linear TV and 9Now. It is designed to automate the 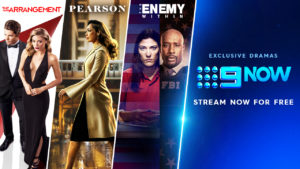 Binge into Summer Viewing with 9Now

The summer schedule features the first release of video-on-demand content in Nine’s new programming deal with NBCUniversal, which makes